The City of Angels Concerts launched in the summer of 2016 with a benefit concert at the Wiltern Theater, in Los Angeles. The event raised over $250,000 for local charities serving the homeless. Tickets for the concert, featuring The Strokes, sold out within an hour of going on sale.

The inaugural benefit concert was produced for The City of Angels by Tashi Powers. Nancy Beyda was the Executive Producer for The City of Angels, who kindly hooked us up with the band. The Strokes Management Team and the Wiltern Theater brought the concert to the stage. It featured a tiered ticketing system, created by Jack Rovner of Vector Management and also drew upon Tashi’s training with Denzyl Feigelson, creator of the iTunes Festival. The entire artistic campaign was designed and donated by George Ozuna. 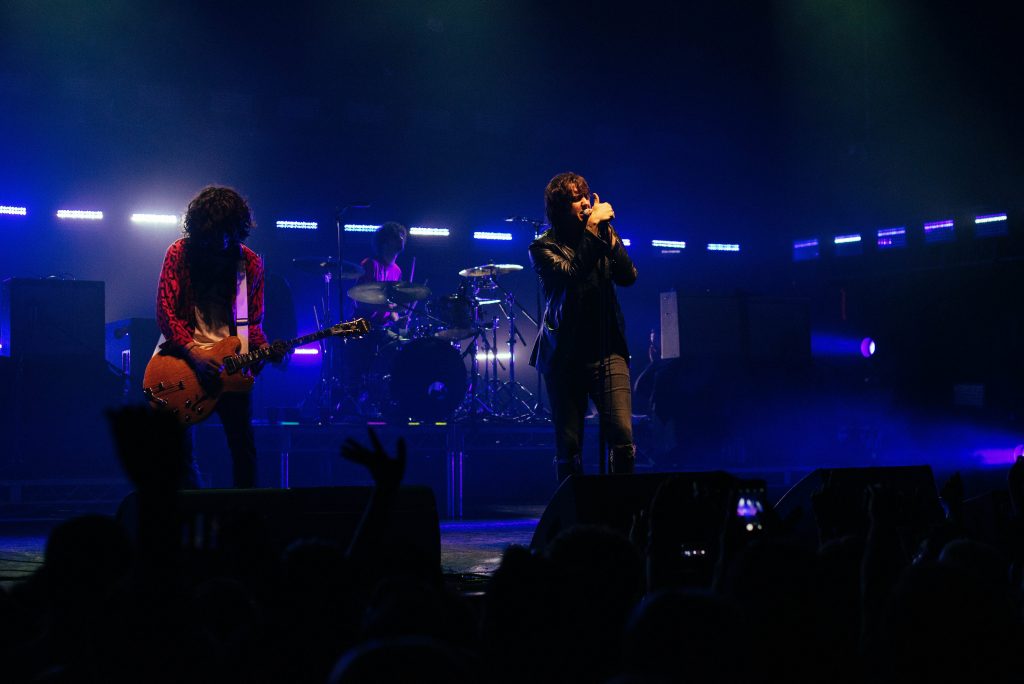 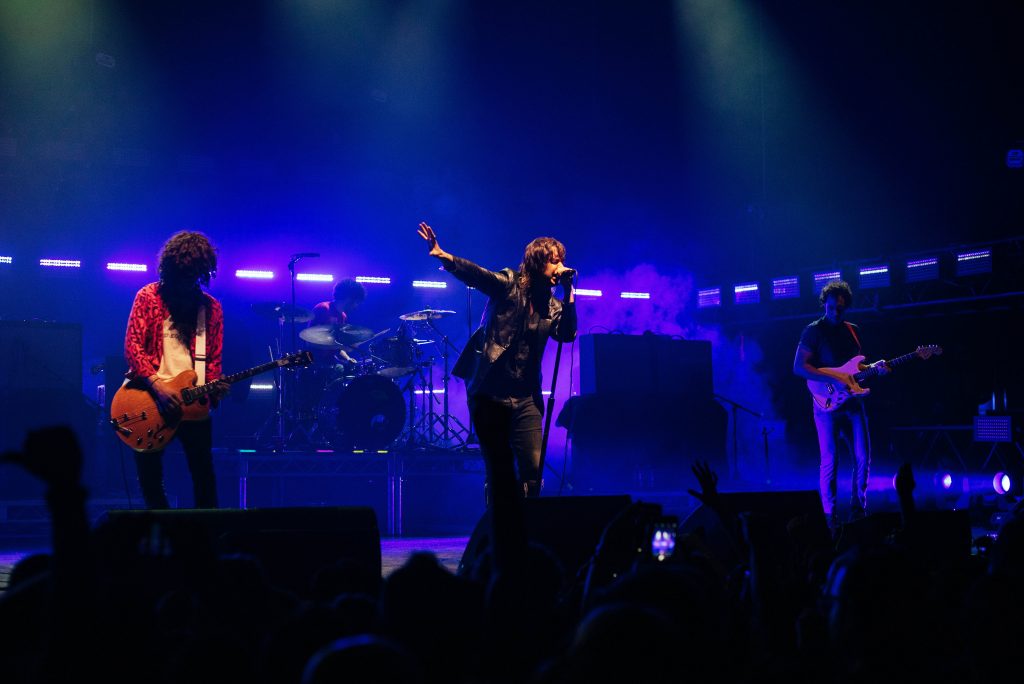 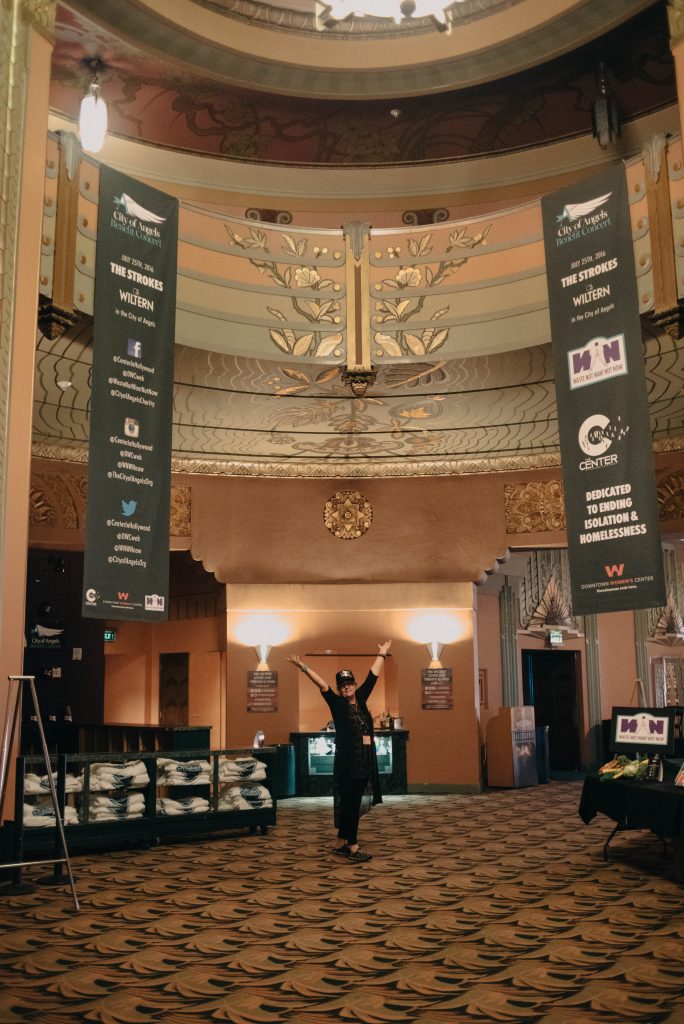 City of Angels provides a channel for the passion and caring of artists, philanthropists, caring citizens and musicians to manifest positive social change.

The inaugural concert benefited three Los Angeles based non-profits: The Center in Hollywood, Waste Not Want Not Now and the Downtown Womens Center.

Julian Casablancas of The Strokes offered to play at a small Thanksgiving dinner for homeless women in Los Angeles. From that gesture came the inspiration for a concert that drew fans from around the world, as they gathered to see one of only three shows performed by the reunited band.

The Strokes’ generosity and commitment to making a difference made it all happen and the concert drew upon the support of the band’s management, Live Nation, and the Wiltern Theater.

Tashi hangs the Banners that she and George Ozuna created. Such a feeling.

Many thanks to ALL THE FANS, because without you it was just an empty concert hall. 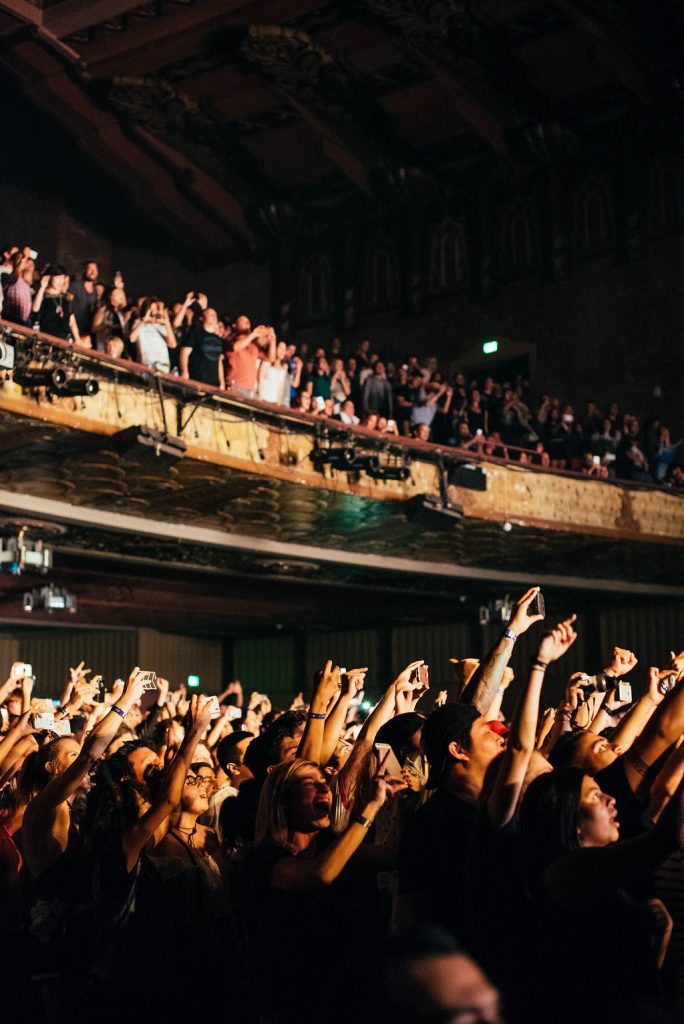 Your amazing energy filled us all and we love you for showing up. We do this for you as much as to help our beautiful city to heal.

We’re excited to be part of the solution to the crisis on our streets… and we are just getting started.

Our Inaugural Concert WAS A Total success!

Our ongoing relationship with The Wiltern Theater delivers you a seamless event that has been proven successful. A collaboration with The City of Angels was lauded by the LA TIMES “The Strokes turn darkness into light at an L.A. benefit concert.”

The show — the inaugural City of Angels Benefit Concert for a range of local charities, underscored just how much heart goes into all these songs of lonely disaffection.