The Strokes turn darkness into light at an L.A. benefit concert  from the LA TIMES by August Brown

For their whole life as a band, the members of the Strokes have evoked images of a seedy Lower East Side New York full of beautiful rocker kids indulging vices and balming melancholy in dark bars. 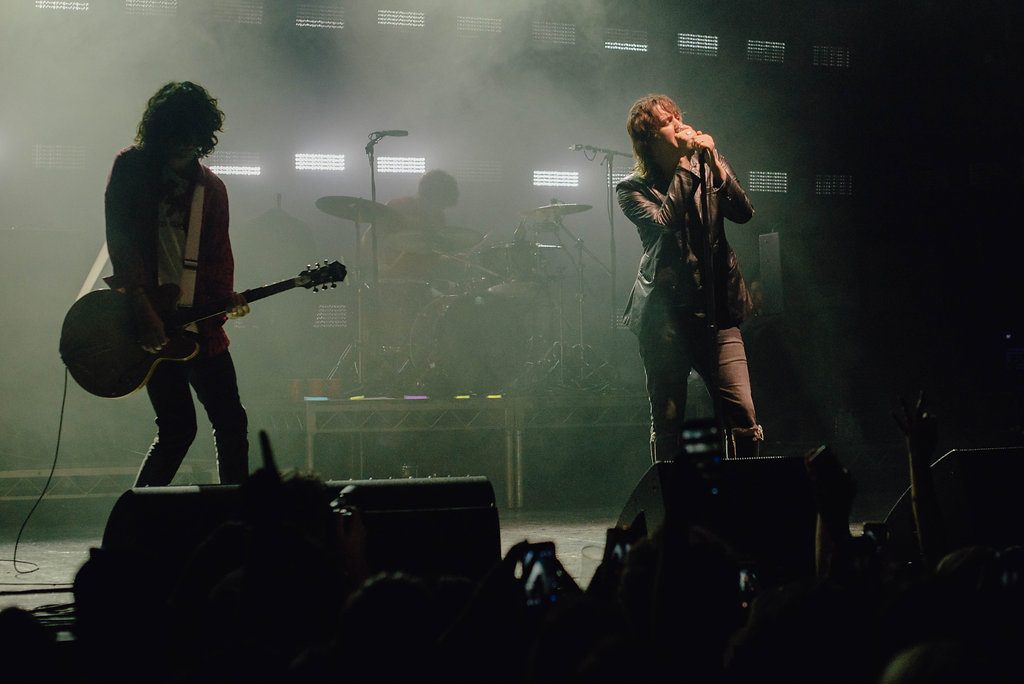 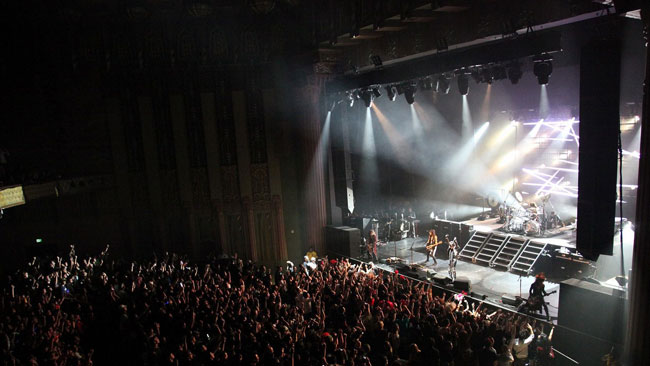 The quintet’s Wiltern show was the band’s first non-festival-headlining date in L.A. in nearly a decade (the band has played Coachella and FYF Fest more recently).With just a brief new EP, “Future Present Past,” in tow, the band played it low-key as far as debuting new music. 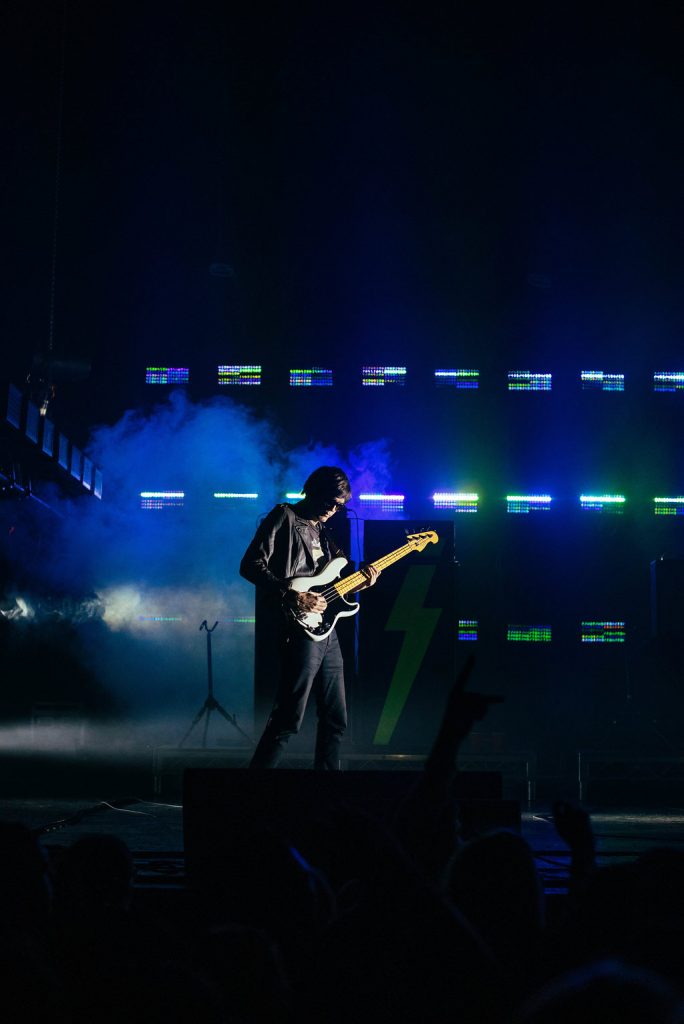 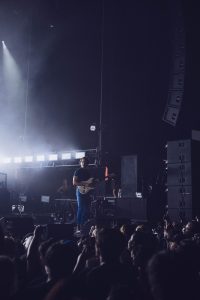 But the show – the inaugural City of Angels Benefit Concert for a range of local homeless charities, including the Downtown Women’s Center, Waste Not Want Not Now and the Center in Hollywood – underscored just how much heart goes into all these songs of lonely disaffection.